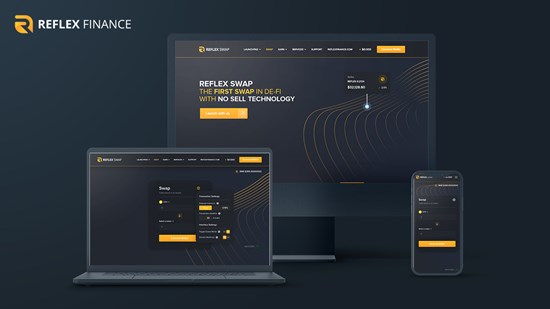 Reflex Finance entered the cryptosphere in February 2022, aiming to bring an entire suite of DeFi services that would make the space safer for everyone. The project runs on a liquidity-generating protocol, supporting staking and farming through $REFLEX V2, its native hyper-deflationary reflection token. The built-in buyback and burn mechanisms, which are partly fueled by the various utilities’ revenue, enable the decrease of token supply while simultaneously increasing its value.

Earlier this year, Reflex Finance migrated from its first version of the protocol (V1) to an improved and fully scalable V2. This also opened Reflex to bridge several networks and blockchains, such as Ethereum, Polygon, and Avalanche.

One of the features separating Reflex Finance from other projects is its unique Launchpad. It has one of, if not the most thorough vetting process in the industry for tokens launching in their Gold and Silver Tier, adding another important layer of trust and security for buyers in presales. Crypto project owners, on the other side, can choose from an extensive portfolio of services and tools that cover the entire life-cycle of a cryptocurrency or token, from pre-launch to maintenance mode. The Launchpad, of course, also complies with strict regulations, such as BaFin and FINMA, and has multi-platform functionality, including Android, iOS, and web.

The Reflex Finance team is led by CEO Ryan Arriaga – an accomplished tech-entrepreneur and well-known figure in the crypto space through his former role as Global Head of Products at Safemoon – and currently consists of eight core members with decades of professional experience in Tech, Finance and Marketing.

Evolution of “sell-less”: The No Sell Swap

Currently, Reflex Finance is working on a Swap feature running on the upgraded contract, which will not sell REFLEX tokens for rewards, regardless of where the buy occurs. Of course, this functionality isn’t just limited to Reflex. Still, it can also be implemented in new tokens launching from Reflex Launchpad, as well as in existing tokens with upgradable contracts, making it one of the most significant DeFi innovations of 2022.

Most importantly, Reflex Swap’s low gas and swap fees should propel Reflex Finance to the industry’s top ranks and allow them to compete for a significant share of the decentralized swap market.

In line with Reflex’s proclaimed philosophy of wanting to improve the whole DeFi space, Arriaga says…