Lithosphere announced that it will be launching a $145 million developer grant and incubation program. The core team building Lithosphre, KaJ Labs will devote $100 million to fund and incubate Lithosphere’s infrastructure projects and dApps. The remaining $45 million will be used to conduct regional and global mainstream development programs and bug bounties. Lithosphere also reaffirmed its support of Ripple vs. SEC.

The Lithosphere developer grant program provides a boost for innovative developers looking to build the next generation of the internet. The move encourages integrations, collaborations, and acquisitions.

KaJ Labs is also continuing its support of the legal defense fund for Ripple Labs against charges filed by the SEC. Ripple created a network that provided fast, low-cost trans-border money transfers in the form of XRP cryptocurrency. The SEC claims that selling XRP is the offering of an unregistered currency, or an illegal IPO. The litigation is now a benchmark case that amply demonstrates the lack of clarity in regulation surrounding cryptocurrencies.

KaJ Labs is a decentralized research organization focusing on AI and blockchain technology. We’re driven to create innovative products that work for the greater good around the globe.

Lithosphere is the next-generation network for cross-chain applications powered by AI and Deep Learning.

To view the source version of this press release, please visit https://www.newsfilecorp.com/release/131892

This content is published on behalf of the above source. Please contact them directly for any concern related to the above. 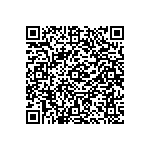