A U.S. Senator has sent letters to the chief executive officers of Apple and Google demanding to know what measures the companies have against fake crypto apps. The inquiry came after the Federal Bureau of Investigation released a report stating that American investors lost more than $40 million due to fake apps downloaded from the app stores of both firms. Senator Sherrod Brown sent letters to Alphabet and Google CEO Sundar Pichai and Apple CEO Tim Cook asking about their measure against fake crypto apps. Brown, who is also the chairman of the Senate Committee on Banking, Housing, and…

Your content is great. However, if any of the content contained herein violates any rights of yours, including those of copyright, please contact us immediately by e-mail at media[@]kissrpr.com. 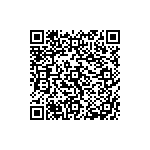