“On the Chain” First-Ever Web3-Exclusive Show Dubai, United Arab Emirates–(Newsfile Corp. – September 20, 2022) – “On the chain” will be the region’s first TV show that talks about everything from decentralized finance to web 3.0. The show will be broadcasted on CNBC Arabia. The channel is broadcasted 24 hours a day and reaches 50 million households weekly in the Middle East and North Africa. As the first-ever show dedicated to blockchain technology on prime time traditional media, this marks a momentous occasion for the mass adoption of Web3. 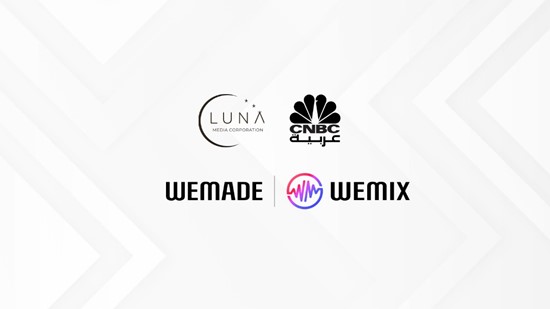 To view an enhanced version of this graphic, please visit:
https://images.newsfilecorp.com/files/8653/137800_fig1.jpg

Titled On The Chain, the show will feature the founders of leading projects, government entities, and key influential figures in the web3 space. Nikita Sachdev, CEO of Luna Media Corp, will be the official show host, who will lead the conversations with the guests from around the world. She comments:

“I’m extremely excited to host the show. We will unpack the complexities and different perspectives within the industry in a fun and engaging 15-minute episodes – bridging the gap between Web2 and Web3.” The series will be broadcast in English with Arabic subtitles and scheduled to air three times a week during prime time in September.

The show is powered by Wemade, a multibillion-dollar publicly listed blockchain gaming company. Under the leadership of the CEO, Henry Chang, Wemade has expanded their conglomerate exponentially.

“Our goal is to not just pioneer blockchain gaming, but also spearhead the development of the Web3 ecosystem on a global scale, and this comes with first educating the masses about the importance of Web3,” said a Wemade spokesperson.

The collective goal of all three parties CNBC Arabia, Luna Media Corp, and Wemade, is to increase awareness and educate the audience about the importance of Web3 and its impact. This comes at a strategic time as Dubai consolidates its status as the world’s Web3 capital thanks to progressive regulations and robust infrastructure.

About Wemade
Wemade is a pioneer in game development from South Korea. Their focus is ever-shifting towards Metaverse and Blockchain (NFT, DeFi) technology with an emphasis on personalizing the gaming experience. Wemade strives to transform everyday games with blockchain technology and establish its WEMIX token as a key currency in the gaming industry.

About Luna Media Corp.
Luna Media Corporation is a cutting-edge media company at the forefront of Web3 that believes in the power of communication and strives to inform, educate, and empower people around the world with their commitment to quality and integrity. Luna Media Corp is dedicated to helping people understand this new frontier and shaping its future.

Do You Need an Attorney in Philadelphia for Your Social Security Disability Claim?